How everyday objects reflect deep and beautiful mathematics and physics. You’ll never look at a bubble, a spider’s web, or a wineglass in quite the same way again. Utterly fascinating!

Ian Stewart (author of Do Dice Play God?, Calculating the Cosmos, and The Beauty of Numbers in Nature) 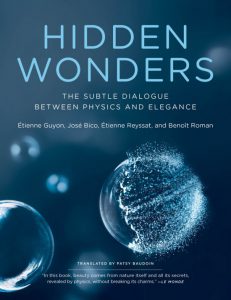 Why is the shape of Eiffel Tower so fascinating?
Why are the shells of common clams so tough?
How can a necklace be used as a model for the shape of a robust architectural arch?
Can a tiny droplet of water deform elastic solids?
What is behind the elegant draping of a dress ?
Can we gain some inspiration from pine cones inspire us to design self-actuating structures?

You have probably already experienced this feeling of surprising beauty when observing objects or natural phenomena surrounding us: the branching cracks of dried mud, the intricate structure of some bird nests, the undulating shape of a lettuce leaf, the regularly spaced beads of dew on spicer webs…
Through 35 little stories, we illustrate an elegance that is sometimes so familiar that we fail to notice it or pay attention to it. These authors teach and conduct their academic research on physical mechanics at ESPCI (École supérieure de physique et de chimie industrielles de la ville de Paris).
As we are big fans of live demonstrations in science festivals, an illustrated experiment tops off every story.
Writing this book was for us a great opportunity to explore the world beyond our academic environment. Most chapters started from interactions with various people, such as a master creaser, a glass blower, a cabinet maker, a cellist and other craftpeople or artists, as well as other colleagues. We owe them all a lot.
May we take a new glance at such hidden wonders?

On this website, you will find some additional material to our book, such as movies, relevant links, and references. 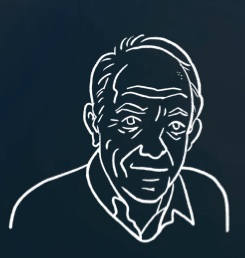 Étienne Guyon is emeritus professor at ESPCI. Very involved in science diffusion, he has been at the head of the Palais de la Découverte and of l’École Normale Supérieure. He is also part of the funders of the association «Petits Débrouillards». 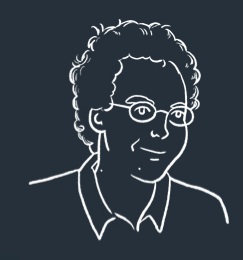 Étienne Reyssat is a CNRS researcher. He enjoys studying the ballet of droplets and the transformation of pine cones (closed = rain is coming; opened = good weather).

José Bico is associate professor at ESPCI. He loves physical mechanics from droplets to folds. His « wet hair » experiment triggered a lot of activity on elasto-capillarity.

Benoît Roman is a CNRS researcher. He is fasicnated by soap bubbles, tears of thin sheets and crumpling. His tearing spiral for easy opening packaging has been patented . 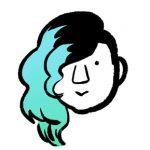 Naïs Coq graduated from ESPCI with a PhD in Physics but decided to switch to illustration at EESI in Angoulême. Her current professional activities involve scientific (and non-scientific) illustration, editing research articles, scenarios for animation and comics.

Patsy Baudoin is credited as a translator and developmental editor on books for the MIT Press and others. She thinks of the book she co-wrote with nine others as about working elegantly within constraints, 10 Print Chr$(205.5+Rnd(1)); : Goto 10.