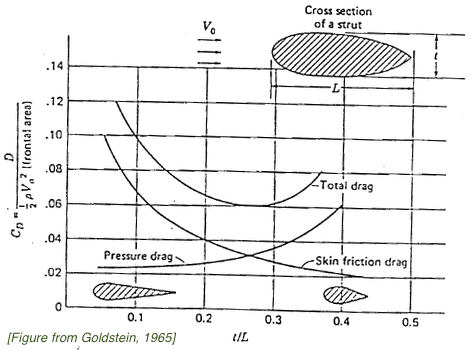 Questions of energy dissipation or friction appear immediately when addressing the problem of a body moving in a fluid. For the most simple problems, involving a constant steady propulsive force on the body, a straightforward relation can be established balancing this driving force with a skin friction or form drag, depending on the Reynolds number and body geometry. This elementary relation closes the full dynamical problem and sets, for instance, average cruising velocity or energy cost. END_OF_DOCUMENT_TOKEN_TO_BE_REPLACED 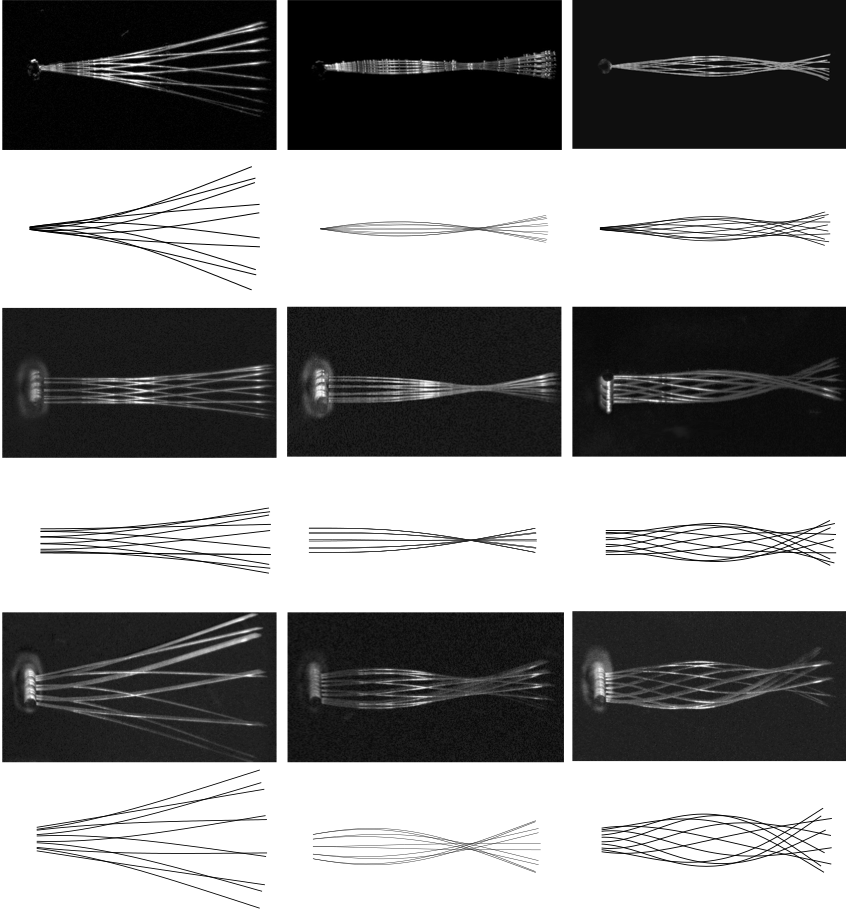 We studied the force production dynamics of undulating elastic plates as a model for fish-like inertial swimmers. Using a beam model coupled with Lighthill’s large-amplitude elongated-body theory, we explore different localised actuations at one extremity of the plate (heaving, pitching and a combination of both) in order to quantify the reactive and resistive contributions to the thrust. The latter has the END_OF_DOCUMENT_TOKEN_TO_BE_REPLACED 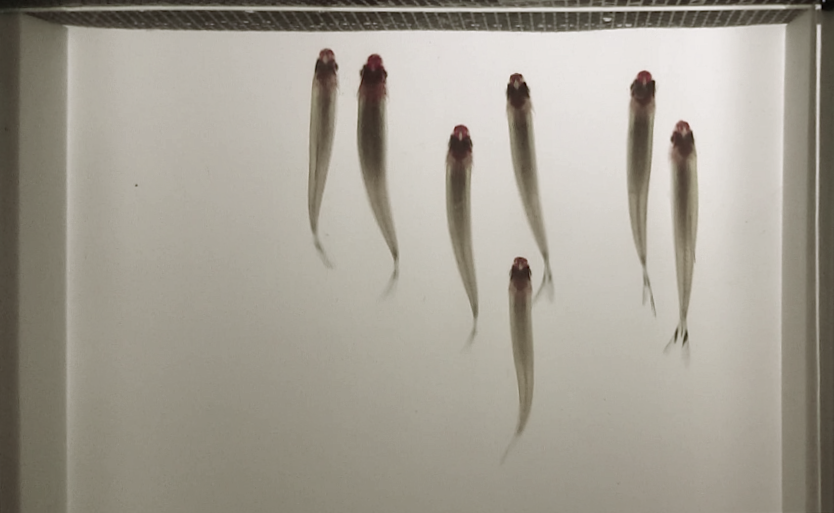 The question of how individuals in a population organize when living in groups arises for systems as different as a swarm of microorganisms or a flock of seagulls. The different patterns for moving collectively involve a wide spectrum of reasons, such as evading predators or optimizing food prospection. Also, the schooling pattern has often been associated with an advantage in terms of energy consumption. We use a popular aquarium fish, the red nose tetra fish, Hemigrammus bleheri, which is known to swim in highly cohesive groups, to ana- lyze the schooling dynamics. In our experiments, fish swim in a shallow-water tunnel with controlled velocity, END_OF_DOCUMENT_TOKEN_TO_BE_REPLACED

Evolutionary trajectories are often biased by developmental and historical factors. However, environmental factors can also impose constraints on the evolutionary trajectories of organisms leading to convergence of morphology in similar ecological contexts. The physical properties of water impose strong constraints on aquatic feeding animals by generating pressure waves that can alert prey and potentially push them away from the mouth. These hydrodynamic constraints have resulted in the independent evolution of suction feeding in most groups of secondarily aquatic tetrapods. Despite the fact that snakes cannot use suction, they have invaded the aquatic milieu many times independently. Here, we test whether the aquatic environment has constrained head END_OF_DOCUMENT_TOKEN_TO_BE_REPLACED