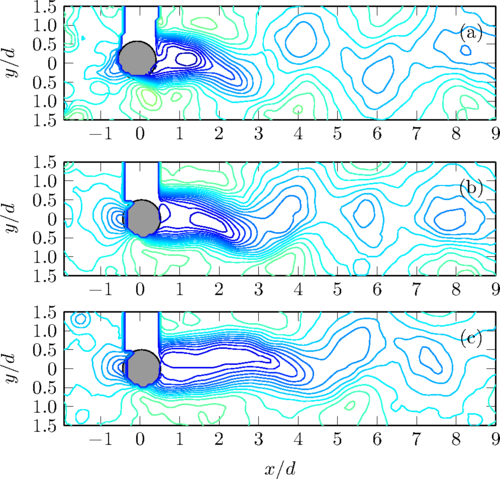 We studied with the Stuart-Landau (SL) amplitude equation, a wake flow control scenario using experimental data from a cylinder wake forced by plasma actuators. Given the formal framework recently discussed by Gallaire et al. [Fluid Dyn. Res. 48, 061401 (2016)] on pushing amplitude equations far from threshold, we analyze experimental data of a forced wake in order to test the SL reduced order model. Linear stability theory and global mode concepts are used to determine the SL parameters. The extension to forced wakes of the SL model had been proposed by Thira and Wesfreid [J. Fluid Mech. 579, 137 (2007)] in the context of their study on stability properties, but its employment still remained an open question. Here, we show that a forced wake at a Reynolds number far from the first threshold can also attain the critical behavior described by the SL model.